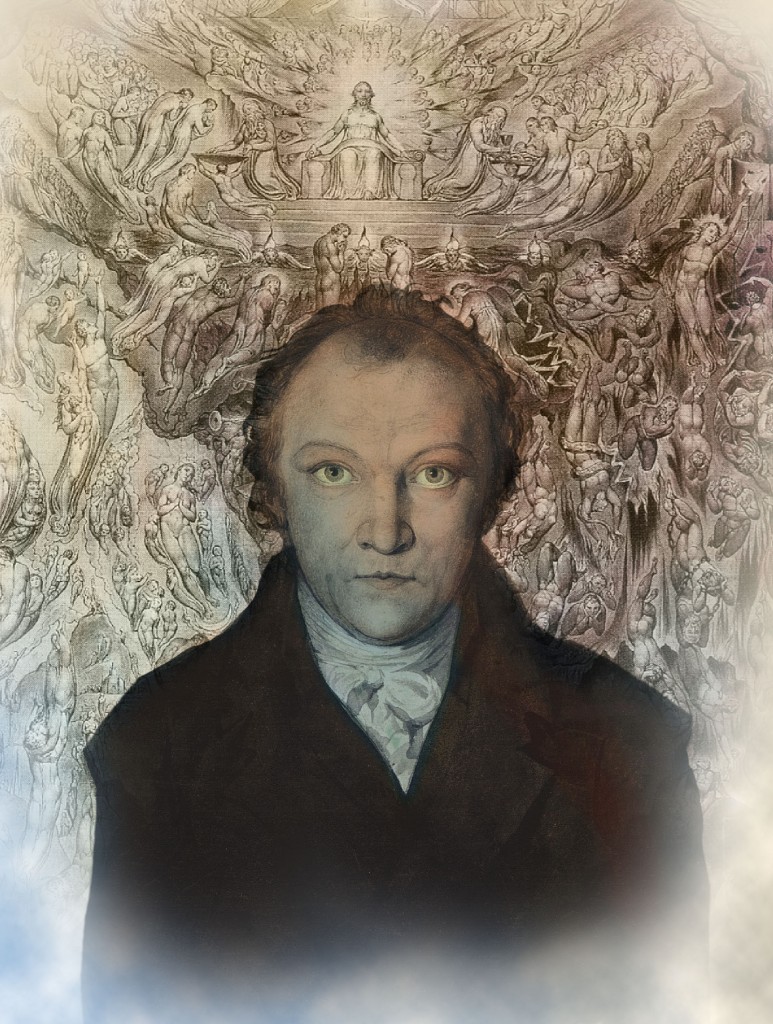 Like so many other intrepid warriors at the vanguard of art and literature, the humble genius William Blake was not well appreciated in his own time. That’s OK, because Blake didn’t give a shit about fame or fortune: he lived a “persistently visionary existence” (according to WB Yeats), and he developed his own means of production (his “illuminated printing” process) in order to circulate books of prophecy. He is often grouped with the Romantic poets due to his position in time and space, but he defied the notion of genre at all turns.

In his poetry, William Blake was unsatisfied with the limits of mythological and literary references available to him, so he designed his own cosmology from the top down. From Albion, a primordial figure, four children emerge, the Zoas, demigods with an exhaustive line of descendants that are referenced throughout the prophetic books. These spirits interact with historical figures (Isaac Newton, George Washington), as well as mythological ones (Jesus, Odin), across an a-chronological planetary landscape that includes the shimmering islands of Atlantis, as well as Blake’s own promised land, Golgonooza.

One subset of Blake’s prophetic books is known as the Continental Prophecies, and was, according to Blake, delivered to him by faeries. America a Prophecy (1793) and Europe a Prophecy (1794) both concern revolutionary wars, the spirit of which is represented in the cycle by Orc, a fiery avatar of liberty, and his battle with Urizen, the Demiurge, and enslaver of humanity. The Song of Los completes the cycle, and follows the story of humanity to its conclusion.

In thought and action, Blake was vehemently anti-religious, but was abundantly spiritual; he abhorred capitalism, but saw in America the opportunity for a New Jerusalem. As a correspondent of Thomas Paine, he was intimately allied with a transatlantic spirit of dissent. From his workshop in Lambeth, Surrey, Blake wrote universal truths, as he alone perceived them. While the geopolitical effects of his work were negligible, its impact on culture was profound (if delayed).  With no editors or publishers able to alter the course of Blake’s tales from concept to finished product, he was able to advance Weird art and literature immeasurably with his intricately developed canon of cosmic fantasy. It would be a hundred years before the doors that he opened would be explored in fiction by authors such as Lord Dunsany, HP Lovecraft, and JRR Tolkein.

Illuminations
There is a huge quantity of high resolution Blake images available for download here. It’s the best Blake resource online and nobody’s talking about it.
The Drawings and Engravings of William Blake (1922)