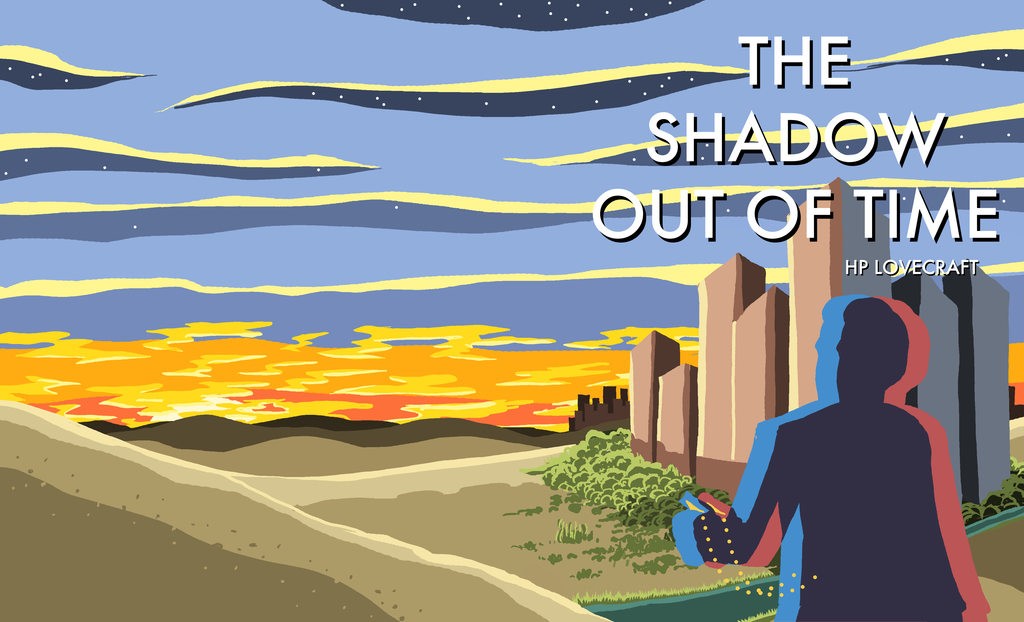 AVAILABLE NOW from American Eldritch Press. This volume includes a new introduction from Aladdin Collar concerning Lovecraft’s influences, and the synchronicity of years between the psychologically-concerned Shadow Out of Time and the brief camaraderie, and sudden schism, between the psycho-analytical figureheads of Sigmund Freud and Carl Jung.

From the introduction, “Out of Body, Out of Mind”:

We are not our bodies, but our minds; a reoccurring theme throughout HP Lovecraft’s work, in close correlation with the contemporary vogue of 20th century natural philosophy and the growing acceptance of the scientific school of psychology.

The recurrence of the theme could be interpreted as a sort of power fantasy for the enfeebled author of horrors; his intellect was sharp, but Lovecraft considered himself to be essentially an invalid. In the burgeoning field of psychology, which gave rise to new ideas about consciousness, Lovecraft found a scientific basis for the exploration of the power of psyche absent of physique.