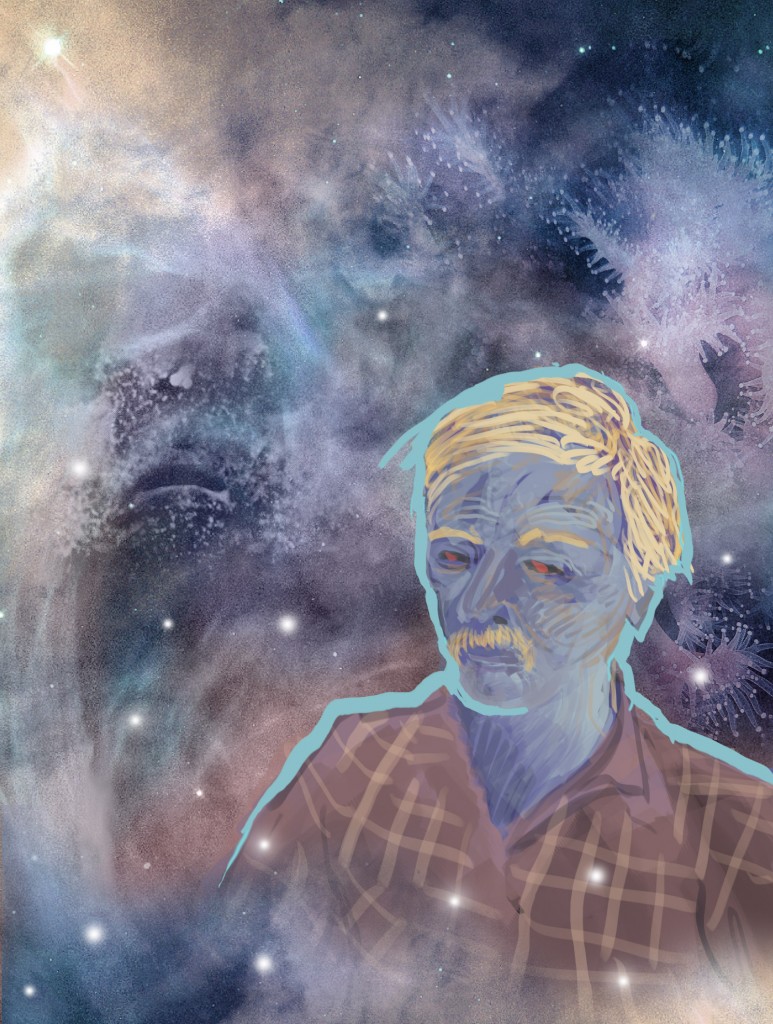 Clark Ashton Smith in his later years; impression by Aladdin Collar, based on a photograph.

Clark Ashton Smith was only a teenager when he first began publishing conte cruel tales of Oriental adventure; he considered poetry his major calling, however, and turned his focus to weird & decadent verses that circulated in burgeoning Bay Area art scene. The so-called King of Bohemia, cosmic poet George Sterling, took Smith on as a protege. Under his tutelidge, Smith developed The Hashish Eater: An Apocalypse of Evil is a sweeping cosmic epic that far surpasses the sort of drivel that Smith’s contemporaries (we’re talking about you, TS Eliot) were trying to pass off as epic poetry.

Unfortunately, the first World War ravaged the intellectual prowess of the modern mind, and culture has never recovered. Smith remains an obscure author, despite his crowning achievements in literature.

Although the pair was never to meet, Smith and Lovecraft became acquaintances by post, and Smith was wont to join the Lovecraft circle; through his endeavors in short fiction, Smith became the most prolific contributor to Weird Tales during the 1930’s. Smith’s dark fantasy tales are primarily divided between a few distinct settings across the vast expanse of space & aeons There’s Poseidonis, a pre-historical Atlantian continent; Averoinge, a medieval French province; and the futuristic Zothique, the last inhabited continent on Earth.

American Eldritch Archives:
The Memnons of Night
To the Daemon (illustrated by Dan Calhoun)

Stories and Poems available online:
The Clark Ashton Smith Collection on Wikisource (Public Domain)
The Eldritch Dark (permitted use of a much larger selection of literature)
–The Maze of the Enchanter (Short Story, 1933.) Gaham Wilson writes of the tale: “a particularly good example of the bizarre startlements, subtly unveiled richnesses and the deeply ironic humor of a great, eccentric artist in top form who is enjoying himself enormously.”