This issues also features “Diverse Harmonies,” an essay by Aladdin Collar regarding the origins of the Newport Tower. Was it designed by John Dee, the Elizabethan Astrologer? We spoke with the curator of the Newport Tower Museum, Jim Egan, whose answer is an emphatic “Yes.” Fans of John Dee should tune in; beyond the Tower itself, Egan offers a wealth of information regarding a very obscure colonial effort in 1583, spearheaded by Dee. The proposed location for the colony? Newport, Rhode Island, of course.

Filling out the volume, contemporary authors indulge in a diverse array of neo-Gothic weird tales; from the rainy streets of San Jose, Costa Rica, to the distant gulfs of the unexplored cosmos, these stories are nurtured teratomas from the body of Gothic literature.

From the introduction, by Aladdin Collar:

“Given the pre-apocalyptic conditions endured by the American public over the course of 2016, it seems evident that we, dear readers, have passed through the early stages of an impending imperial collapse. Will another Dark Age engulf Western civilization, as followed the fall of Rome? Can the tenets of Humanism survive a world in which ragged tribes of survivors compete for scant resources in a nightmarish hellscape of anarchy? Will our descendants contemplate the aesthetic value of sublimity over beauty as they scavenge for scraps of fabric with which to warm themselves in whatever nuclear winter engulfs the world to come?” 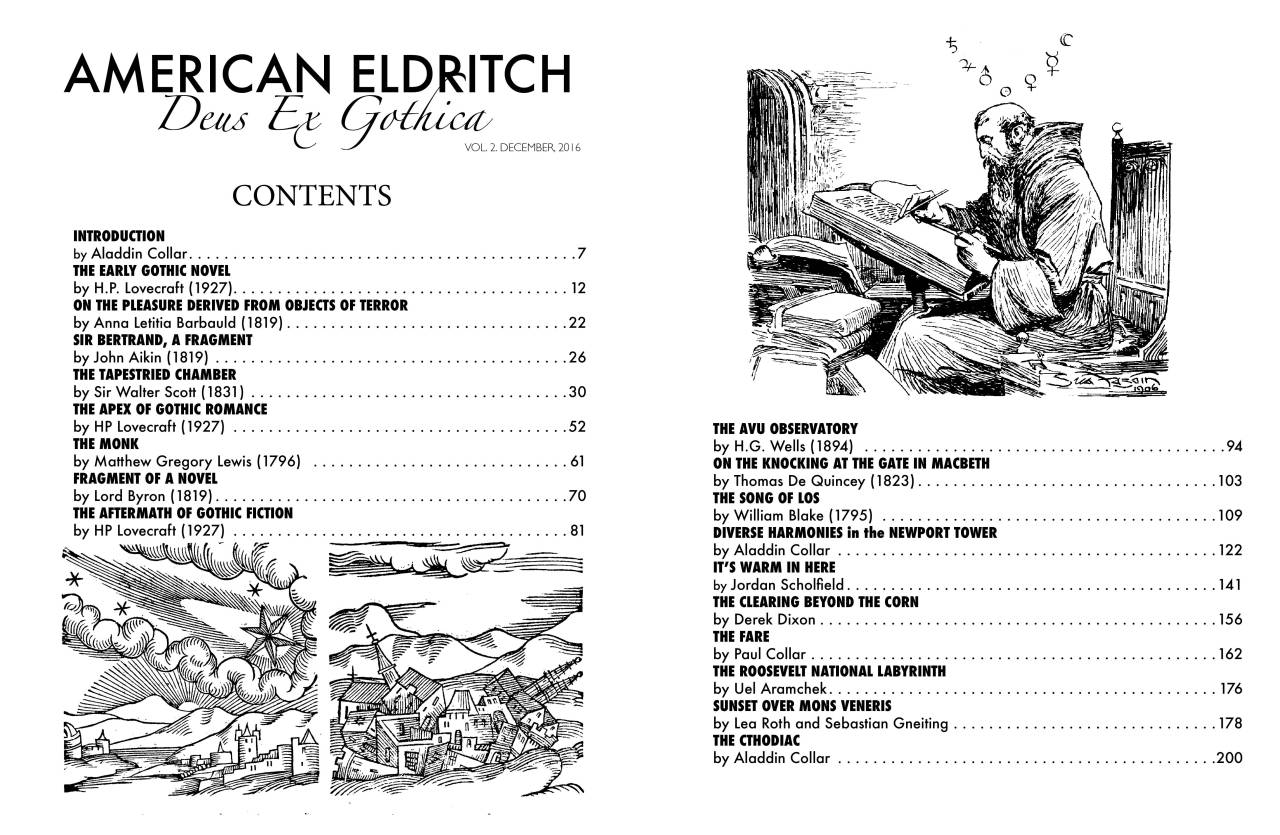