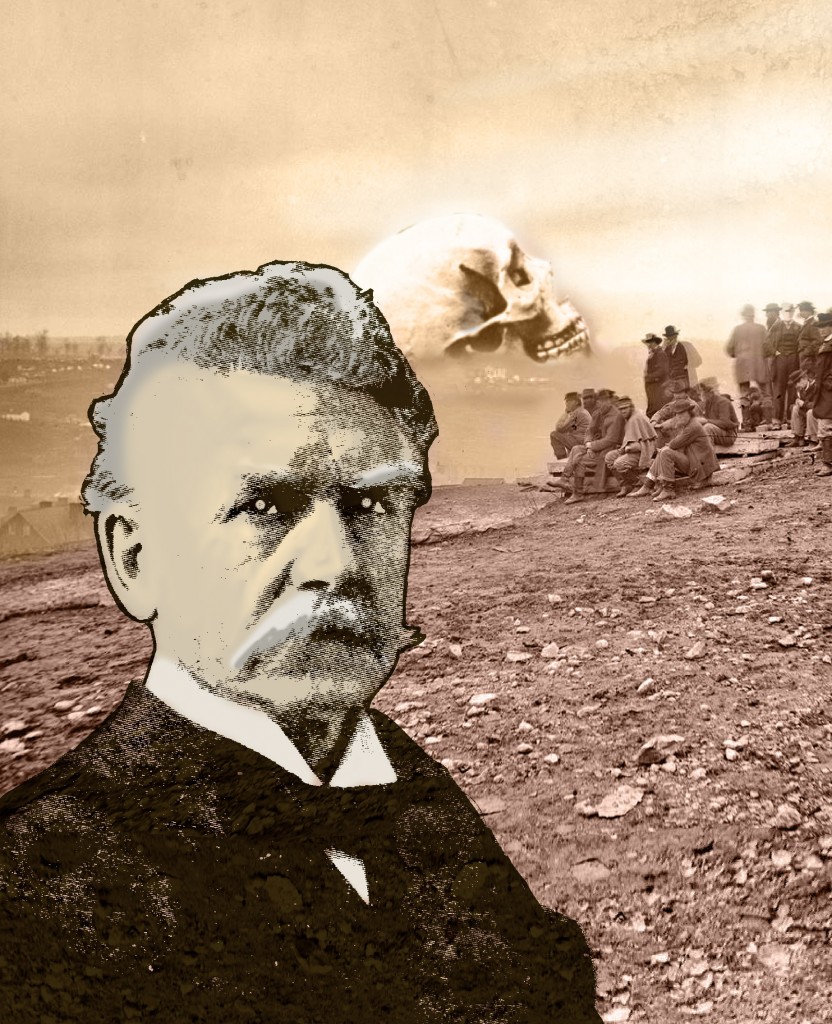 Ambrose Bierce recalls the spectre of the War. Photo collage by Aladdin Collar.

Ambrose Bierce was the only decent author to have fought in the Civil War, and went on to become the least-zen major figure in San Francisco’s burgeoning culture of art and philosophy. Bierce was a prolific satirist, a muckraker, and was a foundational member of the Bohemian Grove facility (yes, the same place where the global elite now gather to plan world domination). In that scene, Bierce was a mentor to George Sterling, who in turn mentored Clark Ashton Smith.

Although the majority of Bierce’s literary output was acerbic satire, his collection of Weird Horror tales, Could Such Things Be? has proved to be his defining legacy. Minor elements of the text, such as the god Hastur, and the lost city, Carcosa, were borrowed by Robert W. Chambers in The King in Yellow, and subsequently incoporated into HP Lovecraft‘s greater Cthulhu Mythos.

Bierce gained his notoriety under the employ of William Randolph Hearst; together, they helped to bring the Transpacific Railroad barons to heel.

In late 1913, Bierce revisted the old grounds of his Civil War skirmishes. He was inspired to travel to Mexico, and purportedly joined Pancho Villa’s ranks as an observing journalist. His remains were never found.